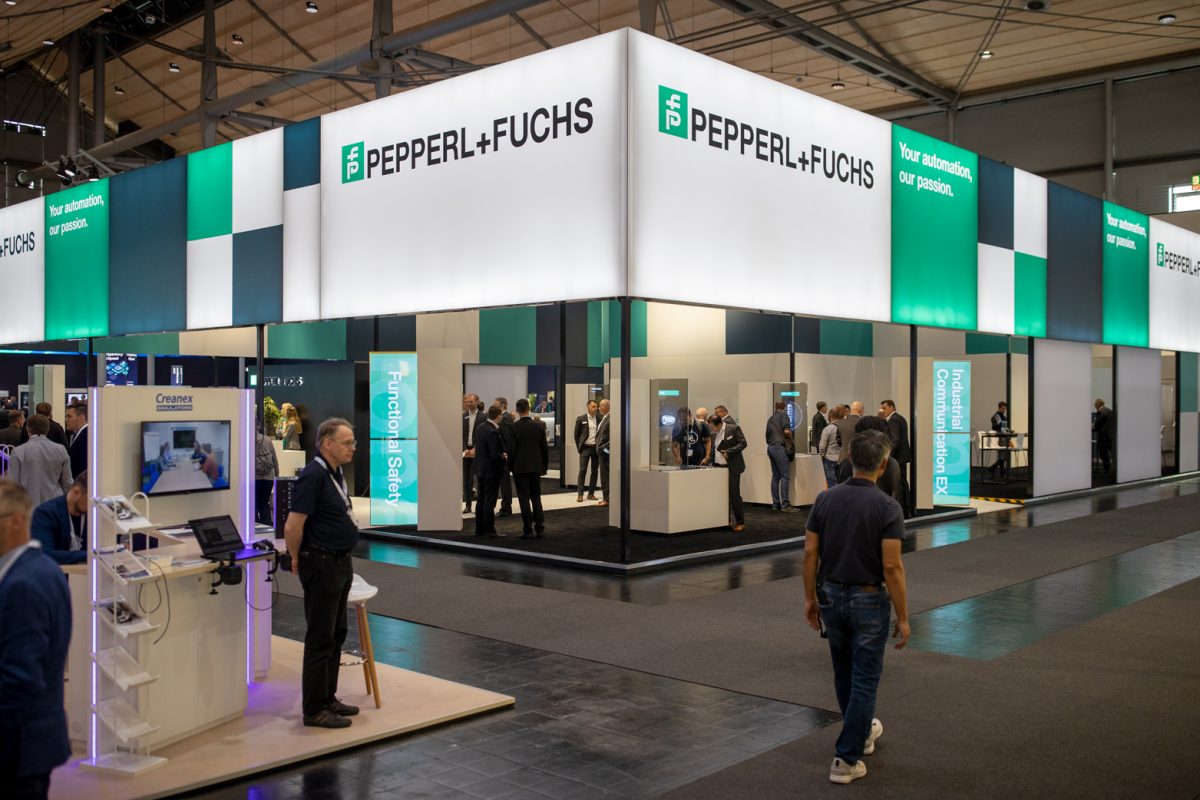 The HMI 2022 (HANNOVER MESSE) was held from May 30 to June 2, offering a place for representatives of industry, policymakers, and the general public to meet up again in person after two years of pandemic. The event was a successful new start for this important trade fair format for all concerned.

No one knew ahead of time how high visitor interest would be when the HMI resumed this year or whether the concept of the industrial trade fair would still be well received at all. “When you look at it that way, the companies exhibiting at the fair were really taking the plunge,” explains Stefan Maus, Director of Global Marketing. “But many companies felt it was important to demonstrate commitment and send out a signal that Germany remains a strong trade fair location.”

The organizers ultimately counted about 2,500 exhibitors and 65,000 attendees during the four-day event. That worked out to be about 70 percent of the levels recorded in 2019, the last time the fair was held – quite an impressive result. Companies from overseas, and especially China, were only sparsely represented among the exhibitors. Nevertheless, the event was a huge success, a true comeback for the fair. “The new start of the HANNOVER MESSE was a success, and it took place at just the right time,” says CEO Dr. Gunther Kegel. “It is absolutely crucial for the dialogue between policymakers and industry, especially in times of far-reaching political and social change.”

Thanks to the innovative exhibit concept, which was atypical for a trade fair setting as it featured solely digital exhibits, the team really made a lasting impression on HMI attendees and competitors alike.

The trade fair booth consisted of eight “islands,” each representing a different subject area, such as hydrogen / the hydrogen industry, electric mobility, functional safety, industrial communication, and mobile computing. Each island was equipped with a horizontal screen with a transparent holographic screen mounted vertically on top it. Visitors could use the horizontal screen to choose from a large number of applications. The relevant products and solutions were then projected onto the vertical screen and rotated 360 degrees, with the possibility of displaying additional product data.

The digital presentation stood out from all of our competitors, making Pepperl+Fuchs’s presence at the fair truly unique and generating positive response from both competitors and visitors.

One special highlight from the company’s point of view was the high-ranking political figures who visited the Pepperl+Fuchs booth this year. During the final routine preparations, the trade fair team was surprised to learn that Chancellor Olaf Scholz had accepted the company’s invitation to visit the Pepperl+Fuchs booth on the fair’s opening day. Robert Habeck, Federal Minister for Economic Affairs, also announced that he would visit the booth on the second day.

“The message really spurred on our preparations,” Maus says, describing the necessary activities. “When you get a visit like this one, it isn’t only the head of government and his entourage of about 40 people that turn up. There are also at least as many journalists following him around. To accommodate them, you have to install press galleries for a short period of time. Police officers and police dogs come to check the booth on the opening day, which is already hectic as it is, and there are whole areas that are cordoned off and closed to other visitors. But of course, being able to welcome such high-ranking visitors and getting pictures of the Chancellor and the Federal Minister for Economic Affairs at the Pepperl+Fuchs booth – including a photo of Robert Habeck wearing our Vizor-Ex smart glasses – is certainly worth the fuss!” On the opening day, Scholz was welcomed by CEO Dr. Gunther Kegel and Pepperl+Fuchs shareholders Monika Müller-Michael and Michael Fuchs and then given a guided tour of the Pepperl+Fuchs booth.

Restart of HMI 2022 as a positive signal

On the whole, the new start of the HANNOVER MESSE comes as an absolutely positive signal to the business sector as a whole. “If I had to sum it up in just one sentence, my takeaway for HMI 2022 would be that the concept of the industrial trade fair lives on,” Maus says. “Everyone was happy to see their customers and colleagues again in person – it was a little like a happy class reunion after a long time. The same is true of our employees. Everyone really gave their all, resulting in very positive response to our trade fair presence.”